The Whisky A GoGo

The World Famous Whisky A GoGo

In 1985 The Golden Bear in Huntington Beach closed down and that ended my new successful venture in promoting bands and concerts at that venue. During that time I started started booking bands at The Roxy in West Hollywood. It was a great club and the few shows I did had good attendance, but it was hard to make a profit with the high expense of 4 walling the venue. Meanwhile the owners and managers got to know me and liked my shows. They informed me after nearly 5 years of closure that the West Hollywood city council  has granted them a license to reopen The Whisky A GoGo. I never knew the same people owned The Whisky A GoGo.

The Whisky a gogo on the outside was completely stripped of it’s famous look and it was plain and grey. It looked like a former bank building. When they showed me inside it too was completely stripped, no stage, sound, lights, just an empty space. I couldn’t believe I was in one of the most famous clubs in the world and it was completely stripped out. The owners new that I had an extensive production experience and told me they would like to hire me to work there on the production staff and to help the install of the stage, sound and lights. In another words get the The Whisky a gogo back to operating condition so they can reopen. They also told me they were going to rent (4 wall) the nights out to individual promoters like they did The Roxy and they would give me first dibs on the nights I wanted to promote. Because I was still living an hour away they told me I can sleep on the top floor until I found an apartment. Living on the top floor was rough because there was no bedroom or furniture. I slept in a sleeping bag on the wooden floor but what a view of the Sunset Strip. My living was uncomfortable but my motivation and this opportunity was huge and exciting.

On August 22nd 1986 at The Roxy Theater I booked my most famous and biggest show The band was called  the Party Ninjas. The Party Ningas was a band made-up of major rock stars such as Motley Crue, Ratt, Paul Stanley, Steve Plunkett (Autograph) , Carmen Appice and several other rock stars.. The night stated of with opening band LA Guns, then Autograph, Motley Crue followed by the all star jam of the Party Ninjas. There was so many people there they nearly destroyed The Roxy and it did shut down the Sunset Strip.What a night.

The next couple of years I ended booking bands that were on a club level that ended up with huge record deals and got famous. Little did I know that some of these shows turned out to be memorable shows. I have been given gold and platinum records for my participation for working with many of these bands at a ground level early in their careers.. Some of the bands that has achieved success is Gun N Roses, L.A. Guns, Faster Pussycat, Jane’s Addiction, Love Hate….Because I was also on the production staff I also worked on other promoter shows and events. Film shoots, MTV videos, headline shows. During this period I promoted over 100 shows at The Roxy and The Whisky 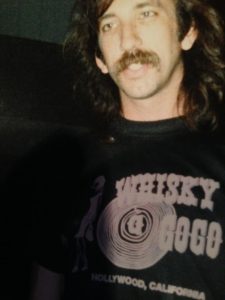 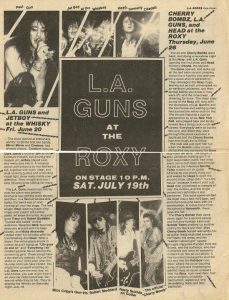 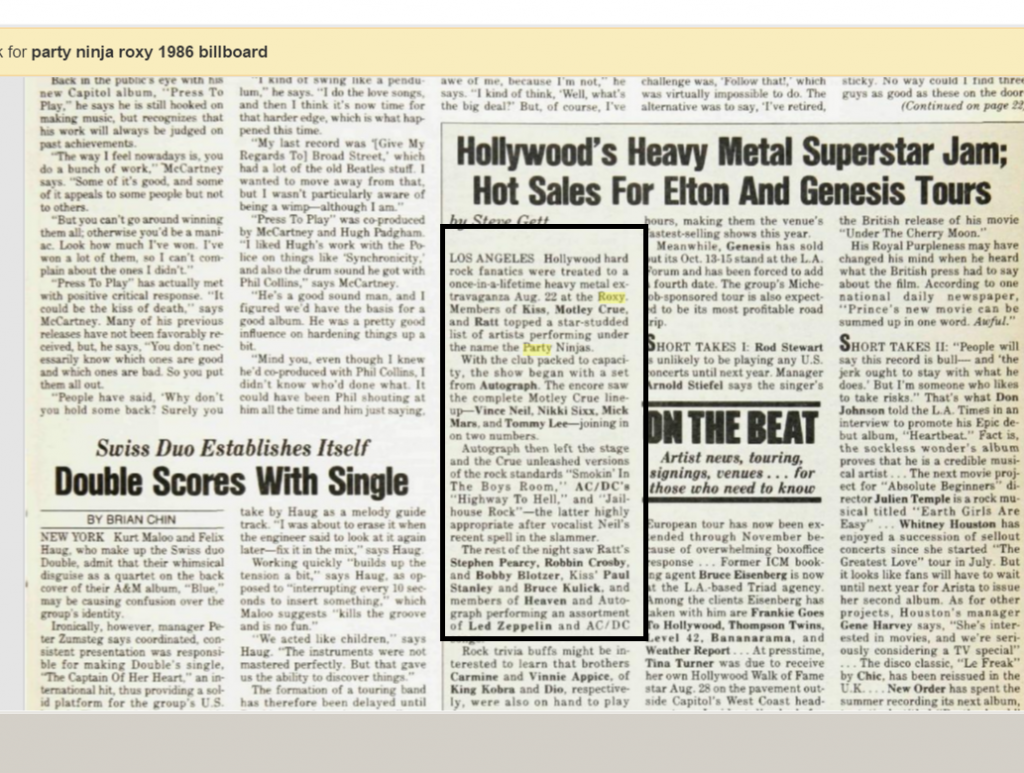 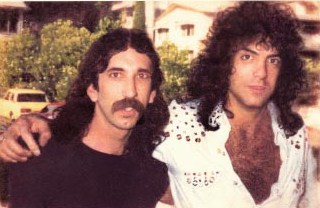